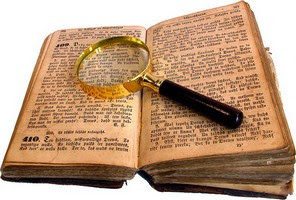 I wanted to give this phrase it’s own post because this phrase eluded me for so long. For years I would hear it and never knew what it meant. I couldn’t write it so I couldn’t look it up. Anytime I would ask a French person what it meant, they didn’t understand me. "Use it in a sentence". For while they thought I was talking about Macron (sans marche). It was maddening.

But it is a phrase that you will hear everywhere if you spend enough time around French people. It’s informal French, so it’s not easily translated. It’s pronounced sa marsh by the way, and means anything depending on the context. It could be alright, ok, working on it, that works, coming up, it’s fine, you got it, whatever works, etc. There probably is no wrong way to use it once you learn how to use it.

It also lends to the old adage that to really learn a language you have to live amongst it. There are a lot of phrases or words that I’ve learned about because I spent 6 years here. Most you will never learn in a book, and those that you do learn in a book would be considered old fashioned. I would never recommend nannying, but it does help to be around people of all ages, which in turn teaches you how everyday French is used.

For a while I worked with teenage boys and I remember hearing all sorts of weird words and phrases. I thought it was funny because they always said “classe” every time something was cool. I really feel for any French person that has to learn English because oof you’ll have to learn new words every year just to understand American English. I can’t even keep up with it, no matter how many hours a day I try to devote to Twitter. Thankfully French doesn’t evolve that quickly. #TheMoreYouKnow