Moulin Rogue Is Back in September 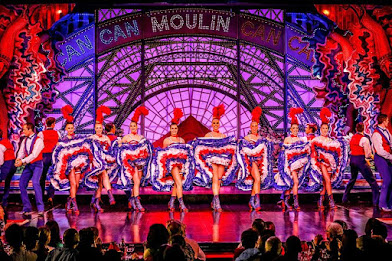 Another step in a post-Plague world the Moulin Rouge has announced it will be back and running on September 10th. I didn’t realize this but they’ve been shut since March 12th, which actually makes sense as I was at the Louvre the day it shut it’s doors. The Moulin Rouge waited a whole two weeks after to shut theirs. Seems crazy now to think about.

They don’t yet know what it will be like come September, but they are preparing for 50% capacity if they need to be 1m apart. Crazy Horse will be opening on September 9th, and Le Lido will be following on 16th. I haven't heard anything about Folies Bergère or Paradis Latin.

It actually makes a lot of sense for things to be planning their Fall reopening. I know France is reopening on Wednesday, but with summer looming Paris is a dead zone during July and August. Everything reopens in September anyhow with rentrée, what would be the point of opening for one month (June) for it to close for summer vacances? It's my understanding that a lot of Americans aren't actually planning to go to Paris this year preferring Hawaii, the Bahamas, and South America instead. I’m curious to see how many people will actually visit come June 9th.

I’m pretty happy with the news though, as I was looking forward to a huge Nuit Blanche this year. If Crazy Horse and Moulin Rouge have set out their reopening than the theatres will be setting theirs as well, the Opera will be posting their dates, and soon all of the dominos will fall into place. The Can Can girls were right the planets are aligning and Paris is going back to normal.